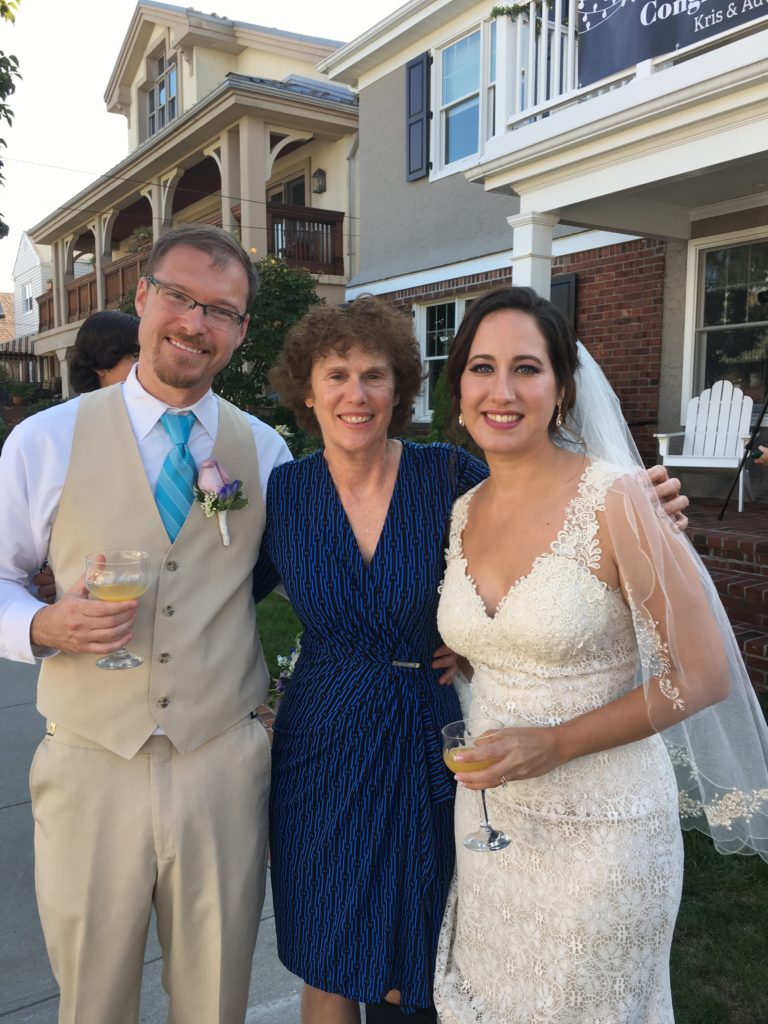 I met with a couple this summer who came from very different worlds but were determined to start a new life together. He is a PhD Virologist that was married and the father of three children. Now divorced, he met a lovely and smart lawyer whose family hailed from Israel and of course she was fluent in Hebrew. We met in the city and then I visited them in Sunnyside Queens where they were living, temporarily, before moving into a house on Long Island. His children visited them there, and I was impressed with the closeness she had with them and what an amazing father he is.

The wedding was set at his parents’ house in Point Lookout, Long Island, on September 4th.  All the preparations were made, including creating a chuppah on the deck and the backyard set up with tables for 50 guests. The living room of the house was used as a buffet station. It was a beautiful house that his mother had redone with her decorating skills.

All was set, except for the forecast which was calling for a tropical storm/hurricane, supposed to hit that day and the Long Island shore was potentially vulnerable. We were speaking about Plan B a day or two before, as this storm or hurricane was widely reported on the news and the beaches were closed. I even had to plan for a railroad trip out there instead of driving so I could make sure to show up.

Fortunately, the storm did not take the path that all were sure it would and the day turned out to be a picture-perfect sunny and low humidity winner. All went as planned and the best part was  that his two-year-old daughter, standing under the chuppah held by her grandmother, stole the show! 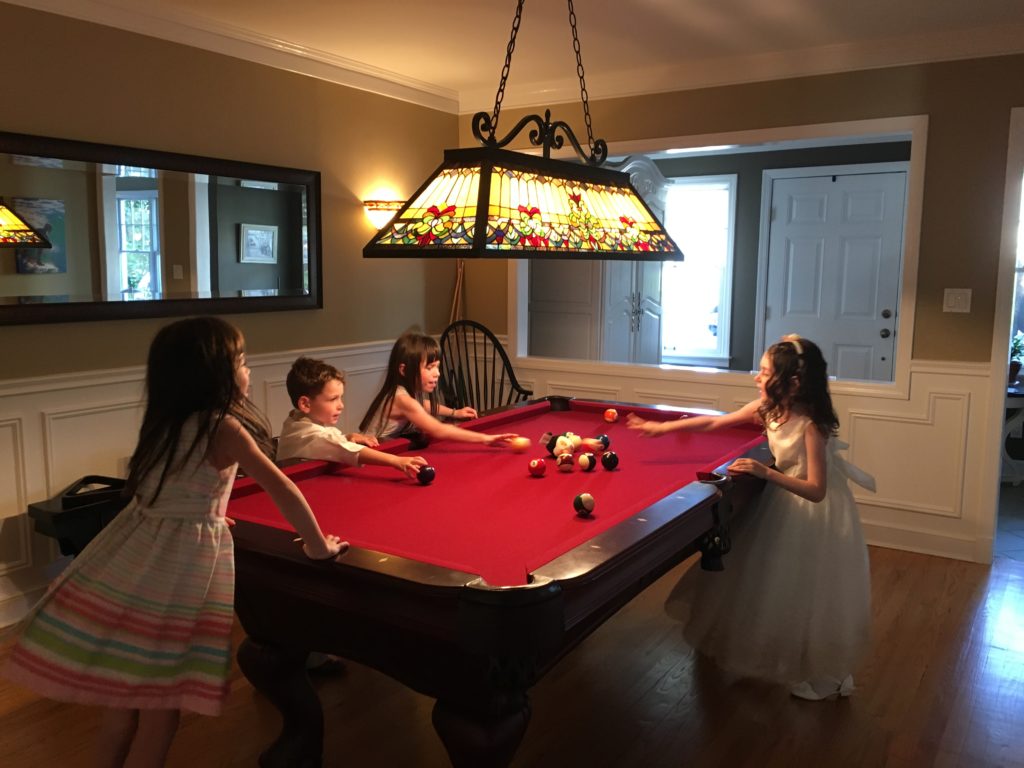 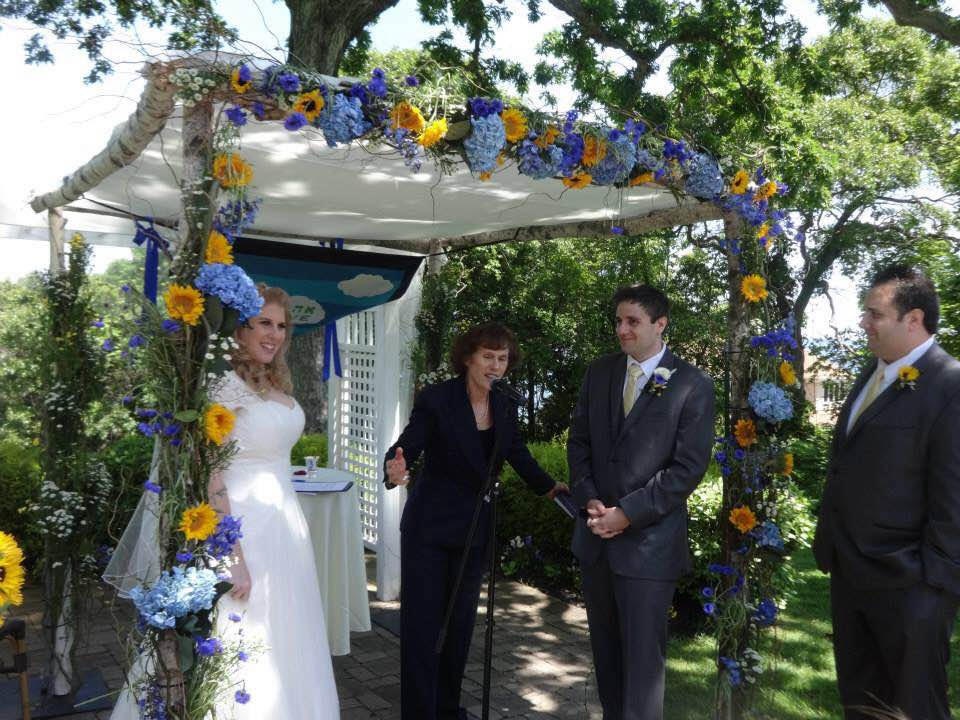 A lovely couple contacted me many months ago to officiate their wedding.  These two people were very interesting: she a lawyer with poise and creativity, he a college teacher who was originally a psychology major but now was completing his PhD in mathematics.  They had known each other for 17 years and seemed already married; they were extremely easy with one another.

We first met at my apartment in NYC and then it was my turn to visit them at their house in Long Island . I love these visits because it tells me so much of what the couple is about: the treadmill machine in the den confirmed they are both runners; and all the art work on the walls – she actually sketched the drawing for her chuppah. He had traveled through 42 states in the U.S, and she had toured around Europe.

Over wine and cheese we spoke about their life together.  She said her high school teacher advised her to “marry someone smarter than you and you’ll live a happy life and never be bored.”  She thinks over the years they have discovered that each of them is smart in different ways and their differences make them a stronger couple.  How wise.  The groom wrote that his bride to be is a woman who cares for him fiercely and gives him a sense of security the like of which he has never known.

The actual wedding took place on a picture-perfect day in June at a beach club on Long Island.  Seventy friends and family watched as I officiated the service that the couple and I had written together. A low-key, warm and welcoming ceremony, it was a true reflection of this wonderful couple.