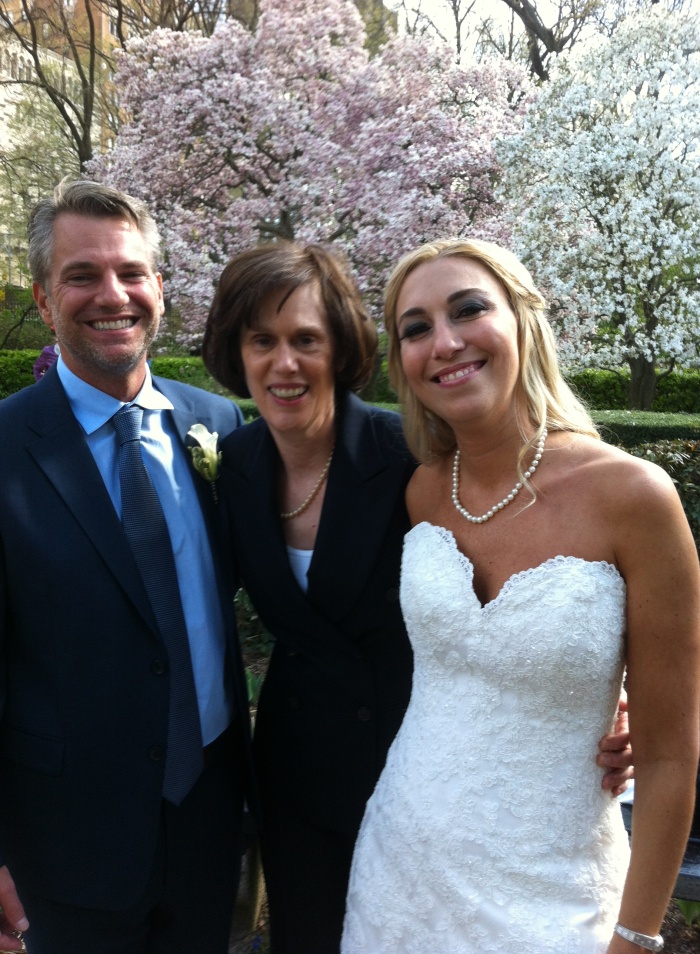 A couple contacted me from Miami to do a wedding at the Central Park Conservatory Garden in April this year.  They had met 11 years before and their paths had gone in separate directions.  After reconnecting it didn’t take long for the groom to say  “This is the woman I want to marry.”

They got engaged in Central Park and decided they also wanted to get married there so they could return and relive the moment.  It was an interfaith marriage ceremony and the groom’s father wanted to read from Corinthians which we put in as part of the service.

The prior day was cold and rainy and the day of their wedding was cloudy in the morning but by the time the ceremony was due to start the sun started peeking out of the clouds.  The Conservatory Garden at 105th and 5th Ave is a public space  that the couple rented.  In full bloom, the cherry trees and flowers were exquisite in their pinks and whites.

The small group of people assembled was relaxed and warm; there was a laid back, relaxed feeling to the event.  Because it was a public space we had as many onlookers as guests at the ceremony.  I felt as though I  had performed a wedding for many more people than the ones invited.  There is nothing more gorgeous than a Central Park wedding in bloom; it was a truly beautiful day!

An appreciative bride and groom made my job a delight and  I can’t wait to visit Miami and catch up with them. 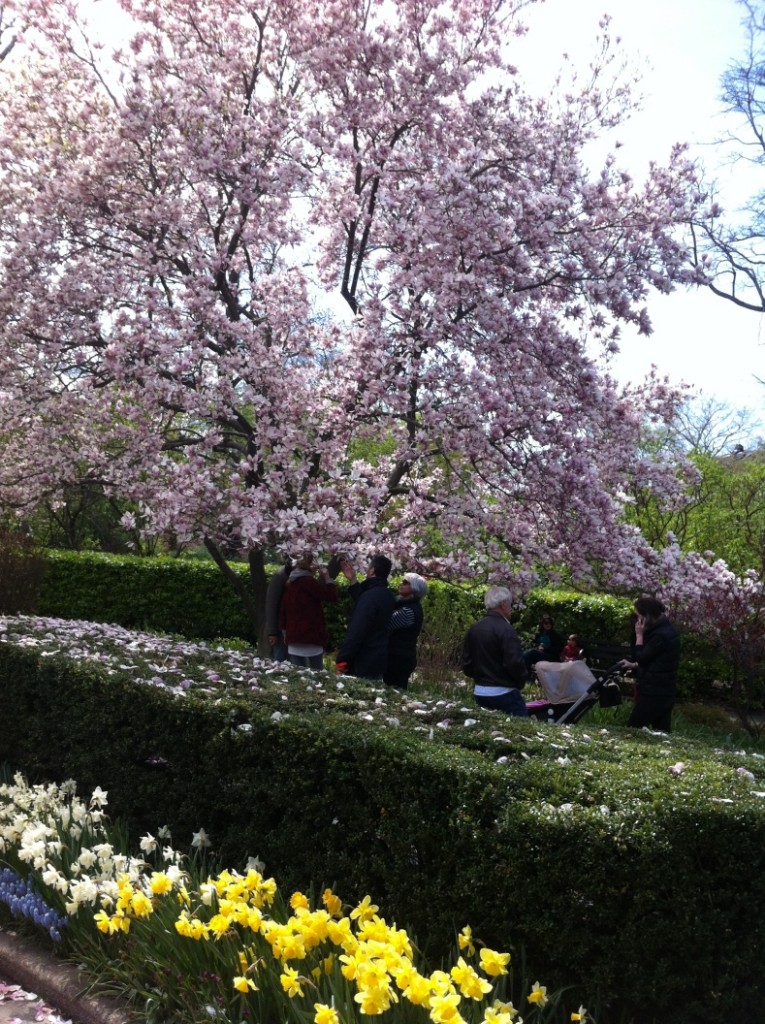