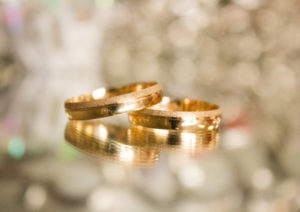 On the NYU Journalism Projects Newsroom site, Rabbi Gloria was featured in an article about Independent Rabbis performing Interfaith Ceremonies. Here is an excerpt:

“When Ashley Howard, 33, and Ramit Singh, 35, married in September, they had two ceremonies – one Jewish, one Hindu.

Although they originally planned one ceremony combining customs from each religion, their parents did not approve of the arrangement.

‘They said, ‘either have no tradition at all, or do it right’,’ Howard said.

The couple opted for tradition, with modern modifications. A priest conducted a Hindu ceremony in both Hindi and English. The Jewish ceremony was lead by Gloria Milner, an independent, Manhattan-based rabbi who is unaffiliated with a standard Jewish denomination.

Rabbi Milner is one of more than a dozen independent Jewish clergy in the New York area who specialize in officiating for interfaith couples, according to TheKnot.com. A majority of American Jews are married to someone outside the faith, according to a 2013 study by the Pew Research Center, and officiants like Rabbi Milner fill a void often left by traditional Jewish institutions.

Orthodox and Conservative rabbis are not permitted to marry interfaith couples. Reform rabbis, who represent American Judaism’s largest denomination, according to Pew, may do so at their own discretion. Just over half do, estimated Rabbi Hara Person, chief strategy officer at the Central Conference of American Rabbis.

However, mainstream Judaism’s reluctance to accept intermarriage has not stopped its prevalence. The intermarriage rate rose every decade between 1970 and 2000, and stabilized at 58 percent between 2000 and 2013, according to Pew.

Rabbi Milner, who has been officiating for eight years, presides over about 20 weddings per year, and she estimated that 70 percent of the couples she officiates for are interfaith. She frequently co-officiates with clergy from other faiths.

Several years ago, she conducted a ceremony combining Jewish and Greek Orthodox wedding traditions for a couple who had trouble finding a traditional officiant from either faith. She penned a blog about the ceremony after. ‘I became this expert in Greek-Jewish weddings,’ she said, ‘so a lot of people contacted me that had this same problem.'”

I officiated at a marriage this past fall in Long Island which was hastily arranged and fraught with anxiety.  The bride came from NYC and was a product of a religious Jewish household.  The groom hailed from the end of Long Island and was raised in the Christian tradition.  The socioeconomic aspects of the marriage were different as well. 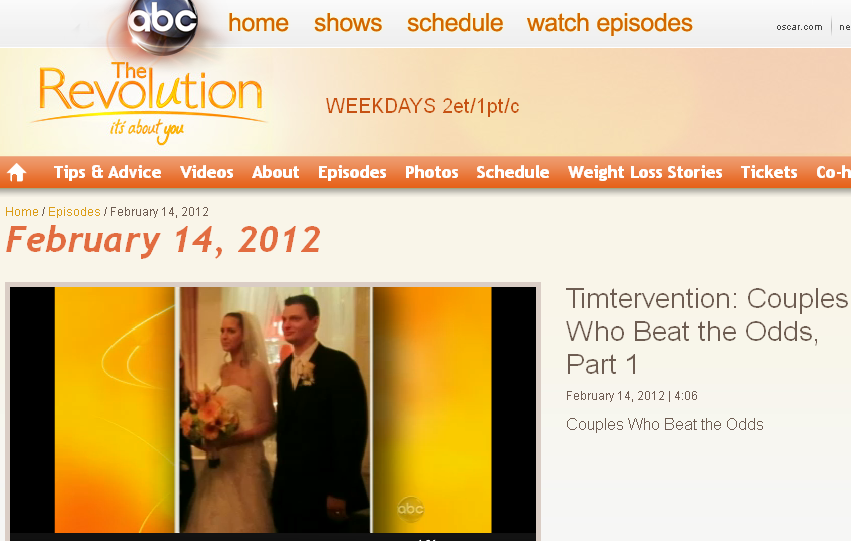 I met with both sets of parents as well as the couple and set about creating a service that would respect both backgrounds .  Everyone  involved was quite nervous to make sure everything came out smoothly and without any issues.  I assured them it would.

Click here to go to the ABC website -scroll down to “Timtervention: Couples Who Beat the Odds”

The night of the wedding the restaurant selected for the wedding was beautifully set up and all the friends and family invited showed up excited.  I conducted the service and made sure that both faiths were represented although  there was a strong Jewish structure to it.   Afterwards we all danced the hora together and gathered around the piano and sang  songs.  It was an intimate and beautiful affair.

A few months later I received a call from the asst to the producer of The Revolution, a new ABC daytime show .  There was to be a segment airing on Valentine’s Day that would deal with interfaith marriages that ended happily ever after and I was selected as an interfaith officiant to pick some couples I had worked with that would appear on the show.   The above couple was eager to appear and sure enough the taping went well.

I watched the show a few weeks later and there they were, my couple telling their story on network television.  It was incredible.  They talked about overcoming the objections of their families and how their love and devotion to one another carried the day.   The hosts did a make over of the bride and I was thrilled to see the before and after.  She was given new clothes, make up and a new hip image.  Her husband  was ecstatic and said how happy both of them were to appear nationwide to tell their story.

I can only wish them and all my couples the best of luck for the future in a challenging situation which they have worked hard to make a success.

Click here for The Revolution, February 14th 2012 – scroll down to the video entitled Timtervention: Couples Who Beat the Odds, Part 1

One of my recent weddings was profiled in the New York Times:

One of my recent weddings was profiled in the New York Times:

Independent woman rabbi goes to extraordinary lengths to find commonality in interfaith marriages that she performs domestically and around the world. She puts her heart and soul into getting to know each couple and writing a personalized service respecting all traditions.